Holly Raymond is an Austin native who earned her bachelor’s and master’s in professional accountancy from the University of Texas at Austin in 2001. She has nineteen years of accounting experience in nonprofit strategy, finance, and operations advisement and currently serves as the Senior Vice President of Finance & Risk at Upbring, a nonprofit organization working to break the cycle of child abuse. Holly is a 2019 graduate of NRMC’s Risk Leadership Certificate Program (RLCP).

Holly previously served as CFO of Common Threads, a national nonprofit that teaches nutrition and cooking skills to children and families in under-served communities. Her work in shaping a strategic roadmap for the organization earned her a nomination for the Austin Business Journal’s CFO of the Year award in 2017 and enabled the organization’s broad expansion of child nutrition initiatives into new regions. Prior to joining Common Threads, Holly served as vice president of finance and operations for Big Brothers Big Sisters of Central Texas. She has also held leadership roles in the nonprofit advisory practice for Maxwell Locke & Ritter, LLP, and Ernst & Young’s assurance and advisory business services.

Holly is passionate about education, having served as an elected official in her hometown as a six-year Trustee for the Hays CISD School Board. Holly loves concerts, movies, college football, binge-watching whatever Entertainment Weekly tells her to, and is a great asset to any trivia team.

All Sessions by Holly B. Raymond

The Executive Chef: Designing Risk Workshops for an Executive or Senior Management Team 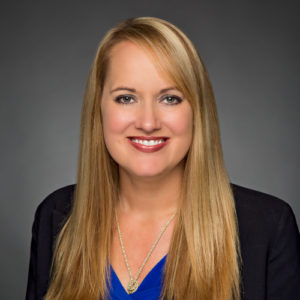